It’s been a while since I’ve written, but so much has and will be changing in my life! Where do I begin? Well, after I decided to forego running Boston, I was determined to get back to running, and by running, I mean running healthy. I’m not sure what happened in the middle, but with everything else going on, I failed to keep track of what I was doing. I picked up biking, which could be the reason my hamstring is just not healing. I was on track and running 30-something pain-free miles a week, and then all of a sudden, it was hurting again. I don’t know if it was due to the introduction of biking or running too much, but something started bugging it. So I backed off, got a coach, and am swimming again! Yay me! If you know me, you know I’m being totally sarcastic about the lack of love lost between me and swimming. The part that I don’t want to admit is that it feels really good and my upper body could use some help in the strength department.

My sights are set on the fall endurance trifecta, but my ultimate goal is to run the NYC Marathon with my husband and then the JFK 50 Miler. The 70.3 triathlon was a deferral from last year due to the hurricane, and it forces me to cross-train, so in all honesty, it would be a wonderful supported workout, but it’s not the primary focus.

While I was running too much, my husband’s company had an opening near Charleston, SC, so he applied for it. After a long wait, we found out that we would be relocating the family to Summerville, SC over the summer. It is a really good opportunity for him and his career, and we are looking forward to making some changes. And can you say, “Clemson. In-state tuition????” Go Tigers!

We will be saying “See ya later” to so many friends, but my sister lives in Wilmington, and I refused to change my son’s orthodontist, so we will be “forced” to come visit quite often, which makes everyone feel better. THAT..was a run-on sentence. Sheesh. We usually move 1000+ miles, so this one seems pretty simple. Except the home selling process is excruciating, and I’ve hated almost every moment of it. In less than one week, theoretically, if the buyers do what they say they will do, we will have a nice down payment for our new home in the bank. Thankfully, it’s a seller’s market here in Wilmington, but I certainly feel like we have made all the concessions for the buyers and they have made none. I feel like karma will get us back for it, and if not, at least I know I’m not the a-hole I certainly want to be most of the time. Let’s say I’ve said my fair share of swear words lately. 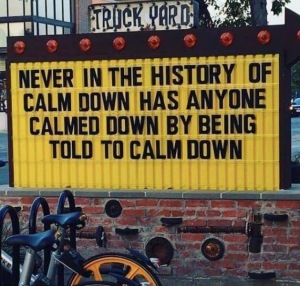 It doesn’t work. Ever.

I said “goodbye” to my coaching business I started five years ago. That was hard, but in all honesty, I needed more. I loved what I was able to do and the kids I made a difference to. I wanted to keep that, but expand, and I just couldn’t figure out how to expand in a responsible and insurable way. I’m not sure where the wind will take me in Summerville, and I’m looking forward to working more when we get there and settled.

This week, we are supposed to close on our current home and drive for two days to go to my parent’s house near Branson, Missouri. It may not be the best timing for a long trip, but with the 4th of July, LEGAL fireworks, and the fact that my parents love to cook for us, it will be a really nice relaxing time in the middle of chaos. We were considering putting the trip off, but I told them that I really need to be taken care of during this time. I’m pretty lucky. Except that my husband gets to fly back and I am making the drive with the kids and dog. My sister and her husband will be there part of the time, so we are really excited to spend some good old-fashioned family time together.

In our house hunt, we looked for trail systems near Summerville, and we were lucky to find a 15 or so mile trail about 10 miles from our new house. How awesome will that be to have some longer trails to train on! There’s sidewalks for miles as well, which isn’t something that’s common in my current neighborhood. As much as I will miss the amazing running community here, I’m looking forward to expanding the number of people I know, and hopefully hosting some Wilmington folks for the running, swimming, and triathlon events in Charleston, which there are many.

Wish me luck this week as I say goodbye to my home of the last 6 years (hopefully), and embark on a long road trip. In just three weeks, I should be moving into my new house in Summerville. 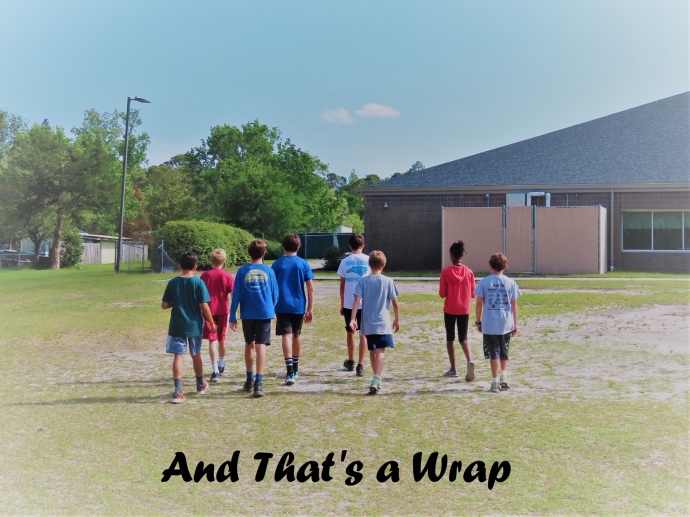 Goodbye to Epic Running Company. At least for now.