Posted on October 26, 2017 by Running Boston and Beyond

Well, hello there, strangers. It’s been several months since my fingertips have hit the ole keyboard. Excuse the coughing, it’s dusty in here. The last time I wrote, I was dealing with some pretty serious post-Boston depression and questioning what I was going to do next. A few weeks later, when the urge to sign up for all the races had passed, I settled down, and really thought about what I wanted to do with my running and/or triathlon’ing.

It came down to this: After my BQ/PR marathon in March of 2016, where I finished in 3:36, I felt like I could have done a little better. I trained for a 3:40, and achieved a faster time. I felt I have more to give, I felt like I had the urge and will to push harder. I also feel that dumb clock ticking away, and because I can’t bash it in with a sledgehammer, I figured, I have only so many years left where I can get faster in long races. This may not be true, but face it, the older you get, the harder things are, the more “fragile” (for full effect, pronounce this like the dad does in Christmas Story – FRA-GEEEELLLLAAAAYYYY) your body gets, and typically, you top out, or peak. I hope I’m the exception to this rule, but I also hope to win the lottery, too. You just never know. 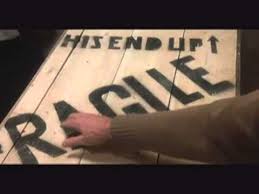 I settled on doing a marathon. No triathlons. I thought for a few weeks about what race I wanted to run, and when I wanted to run it. It didn’t take very long for me to decide that I wanted to go for a big PR and another BQ in Houston, in January. I’ve run this race before, where I got my first BQ, and it’s a big race, lots of support, on a flat course. Perfect. And by the way, I did qualify for Boston at Boston, but only by 28 seconds. This year, you had to qualify by 3 minutes, 23 seconds UNDER your qualifying time to get in. Needless to say, I didn’t get in, but that’s ok.

Then it was time to repair my body. Over the course of Boston training, I had foot issues (metatarsalgia), knee issues, and shin splints. My training wasn’t smooth, and I was still able to pull out a 3:44. Racing and training smart (HUGE thanks to my coach) was a big part of my success.

Over the summer, I ran, I lifted weights, I biked, I didn’t swim. I slept in once a weekend, and when it was 85 at 5 am with a dew point of 85, I stayed inside, on my bike, with my cold water, cold air, and remote. I got my personal trainer certification. In August, I started doing speed work again, so I could slowly build up to avoid shin splints. I started back on my Base Performance regiment. I did a 70.3 triathlon relay and ran a half marathon in September, in 1:51. I did a 5k time trial in early October in 22:53, and it was 9,000,000 degrees out that morning. I’m not exaggerating, it really was that warm. Seriously, it was. My body stayed healthy, and I was getting my speed back.

Fast forward. Tom Petty passed away on October 2nd, and I turned 44 on October 3rd. At track practice on my birthday, my coach, a HUGE Petty fan, played his music as we chased each other around the big oval. It was a gorgeous morning, and my workout was exhilarating. I heard “Learning to Fly”, and I teared up, because here I was, all fixed up, running with my friends, and learning how to fly again. I don’t think this is what Tom was singing about, but sometimes, you hear a lyric, and it coincides so much with something in your life, it attaches itself and has its own meaning. This is what that song did for me that day.

Because my goal is so big, at least for me, I had to trust myself to be vulnerable to failure again. It’s a scary thing, as I’ve failed at more marathon goals than I’ve succeeded. BUT, along the road to success, those failures provided the most opportunity for learning. The marathon is a beast, and it can tear you up. Respect the distance. I think that is why I wanted to go for this goal, because it’s so big, it’s so scary, I needed the challenge. I need the challenge. It feels like the one thing I can cling to right now, with the craziness of life, the career path that took a sharp turn down a road that I didn’t really want to take. But I have this, this big thing ahead of me. I need it. I want it. Dream big, work hard.

My husband loves Thursdays. 99.9% of the time, I come home from track practice with a huge smile on my face, a story to tell, and I say, “I LOVE RUNNING”. Track is my happy place – my friends, music, and an awesome, difficult workout. Today was no exception, but today was better. I feel it. I feel like I’m progressing towards my goal. I feel like I can actually do this thing. Something so big, so scary, intimidating…and yet, now it feels achievable. I believe in it. Granted, I have a TON of work to do, but I’m ready to dig in and do the work. I’ve been ready. As Tom Petty says, I’m learnin’ to fly. But maybe, just maybe, I do have wings.