The Moment You Realize A Runner Has Become…. A LONG DISTANCE RUNNER

Posted on September 19, 2014 by Running Boston and Beyond

First of all, I have some ‘splainin’ to do.  I admit it, last week, I threw myself a teeny tiny little pity party over this stupid swim stuff for the half iron.  I’ve been known to freak out over things, exaggerate, panic and all that stuff, and this really wasn’t any different. EXCEPT that I’m doing something that I’ve never done and have always been afraid to do. But instead of being the shrinking violet who shivers with fear in the corner, then stomps her feet in frustration with balled up fists and screams with crazy eyes,  it’s time to bring out my inner beast and get this swim thing done. 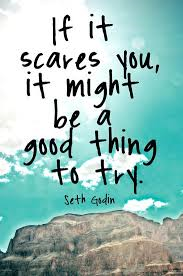 I mean really, what’s the worst that can happen? 1) I can get bit/eaten by a shark. And as mentioned by one of my fellow running buddies Jack, that’s a hell of a way to go out. Extremely unlikely, obviously, but hey, if by some slim chance the sharks get nutty on race morning, I could make the headlines. I’ve never done that before. And 2) What IF I don’t finish? What am I going to do then? Cry? Quit? No, I’m not. Knowing me, I’d be even more determined to try it again. And the more space I get from the above-mentioned party, the more ridiculous it all seems.  Thanks for pointing that out, Gary. Sorry about that little blip, but sometimes, we all just need to have that party and then get over it. Getting over it is the important part.

But now, on to the title subject matter. It happened slowly. Very slowly, over a decade and several years.  He wasn’t planning on it happening either, and in fact, he probably resisted it.  Over ten years ago, he dabbled a little. He ran a half marathon, training here and there along the way. Just enough to get the job done. Then the running stopped. Ok, there were bouts here and there, but it certainly wasn’t enjoyable (for either of us) or lasting or consistent. He would find pretty much any and every reason to NOT run. Too cold, too tired, too windy, too much beer, not enough time, it’s cloudy, the sky is blue, you get my drift. Three miles was a pretty big deal to him.

Then a year ago, a shift in attitude started. He said, “I want to run a half marathon per quarter.”. I was surprised, but honestly, thrilled. His blood pressure was getting high and he had to be put on medication. I don’t know how much heredity has to do with high blood pressure without being overweight, but the coins were not stacked in his corner on this one. Don’t get me wrong, a half marathon is nothing to sneeze at, but he was able to run one without running more than 7 miles and probably only putting in 10-15 miles per week, if that.  It’s my fault as I was taking up all the weekend times for MY training for Boston. But then again, he never argued.

So, after two half marathons in 2014, IT happened. My husband walked into the room and casually mentioned, “I think I’d like to run a full marathon.” My first reaction was “PSYCHO!!! HAHA!!!! SUCKA!!!!”. No, it was a mix of dreading having to share weekend workouts, and it was a mix of excitement. Now he can see how it feels to train for a run a marathon. Now he can feel the joy of accomplishment like I’ve been able to. Now he’ll know why I’m exhausted and hungry all the time. Good Lord, our food bill is going to be INSANE! I told him that it would be an interesting shift in thinking and that running anything less than 5 miles would become the threshold of feeling like a workout. I must have made marathon running look good, eh?  He’s been my best supporter and friend in my running adventure, so it’s time that I do the same for him. 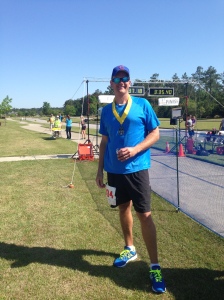 There he is, all innocent. He is totally oblivious to what decision he will make in just a month. Heh, heh.

Signing up for a marathon doesn’t make you a long distance runner. But it does change you. You have to look at things differently, IF you do it the right way. You have to prioritize your schedule, your days, coordinate with your spouse on who runs when and where and who will take the kids here and there, who gets Saturday, who gets Sunday, and all that stuff. As you train, your mind shifts. You think differently. You slowly become a long distance runner. You. Slowly. Become. One. Of. Us. Phase I of the conversion happened a few months ago.  I knew he was an OFFICIAL long distance runner was when he said, “I only have 8 miles on Saturday”. Haha. “Only”. ONLY long distance runners think that running 8 miles isn’t very much. As soon as he said this, I immediately replied, “You’ve become one of us. You’re converted. Anyone who thinks that running 8 miles as “only” is officially a crazy runner. Welcome to the wonderful world of long distance running.  I’ve been waiting.”

Phase II of this conversion happened today.  We were talking about our schedule in October and when he would cut a tree down in our yard that makes a huge disgusting mess pretty much all year long. He told me he would cut it down the weekend of my swim race, when he would only have 8 and 12 miles to run so it would be easy, no problem to cut a tree down, cut said tree into pieces, and haul it into the back yard. I laughed at him again and said, “Listen to yourself.”

It’s not like there’s a vocabulary test to take to be a “crazy runner”. Hmmmm, I wonder what would be on it though.

DESCRIBE AT LEAST 8 OF THE 10 WORDS LISTED BELOW:

You slowly morph from a runner to a long distance runner. I know I did. And I watched my husband do it too. It’s been interesting. It’s been fun. It’s taken some patience and cooperation for us both to get our workouts in. The house isn’t as clean (totally my fault), and sometimes we run out of milk.  But it’s ok. We have our carbs and Gu. Haha.

Anyway, I’m so proud of what my husband has done in his training. He hasn’t missed one run. He runs in the rain, he runs when it’s a million degrees with a zillion percent humidity (seriously, I’m not exaggerating), he runs with a group, he runs alone, he gets up before 5 am to run, his blood pressure is LOW. He’s reading more Runner’s World than I am, he is learning what Gu tastes like, he is practicing carb loading and what meals work the best for long runs. He is being an excellent role model for our sons, too.  Week by week, his idea of running shifts and his perception of what it takes to run marathons is becoming reality. Going through an experience is so much more valuable and different than watching someone else do it, no matter how close you are to the other person.  And because I don’t hold back, he knows the nitty gritty of MY training experiences. All of it. His race is the RNR Savannah on November 8th, and I have full confidence that he will cross that finish line with a smile on his face and a feeling of accomplishment that nothing else could ever give him.

Welcome to the crazy long distance runner’s club, Andy!!!  I am SO proud of you!!!! 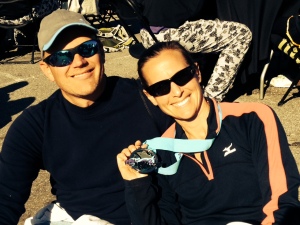 Andy is always there with me, so it’s my turn to be there for him as he crosses that finish line.

10 thoughts on “The Moment You Realize A Runner Has Become…. A LONG DISTANCE RUNNER”